The picturesque seaside village of Faros

The fishermen village of Faros in Sifnos

Faros is situated at the S.E of Sifnos and it is considered the safest port of Sifnos, of which it has been the official port up to 1883. It took its name after the lighthouse (in Greek: faros). The lighthouse has been installed at the entrance of the port for navigation reasons, and today is situated at the S.E. side of the entrance of the port and next to the monastery of Stavros. From here the sight to Chrissopigi and to the facing islands is magic!

It is a beautiful picturesque village of Sifnos the residents of which live by fishing, with three continuous sandy beaches, Fassolou, Faros and Glipho, from where starts the most famous path of Sifnos, which leads to Chrissopigi. One short stop at Agios Charalambos, gives the walker the chance to feel that he is on the balcony of the Aegean Sea. From Faros, you can take the paths leading to Kastro and to Exambella.

At the west side of its gulf, there are some ruins from the ore shipping installations, for the ore transfer and processing in Lavrio and exactly above them, at the top of the hill there is the country church of Ag. Ioannis. From here, the view to the rock of Chrissopigi, to the beach of Apokofto and to the three beaches of Faros is panoramic! At the cove of the bay and at the west end of Faros’ sandy beach you can see the foundations of the ancient spot of Sifnos, where from they used to communicate with fire signals (tower).

On the beach of Faros there is the beautiful country church of Ag. Giorgis and about ten steps over the foundations of the ancient tower there is the picturesque small church of Ag. Nikolas. Faros was once a vivid settlement of potters with many potteries, which unfortunately do not work nowadays.

On the left side of Faros, next to the small mole, a small stone theatre has been constructed lately, the "Little Theatre of Faros". Here, various events take place, mainly during the summer (concerts, theatrical plays etc). 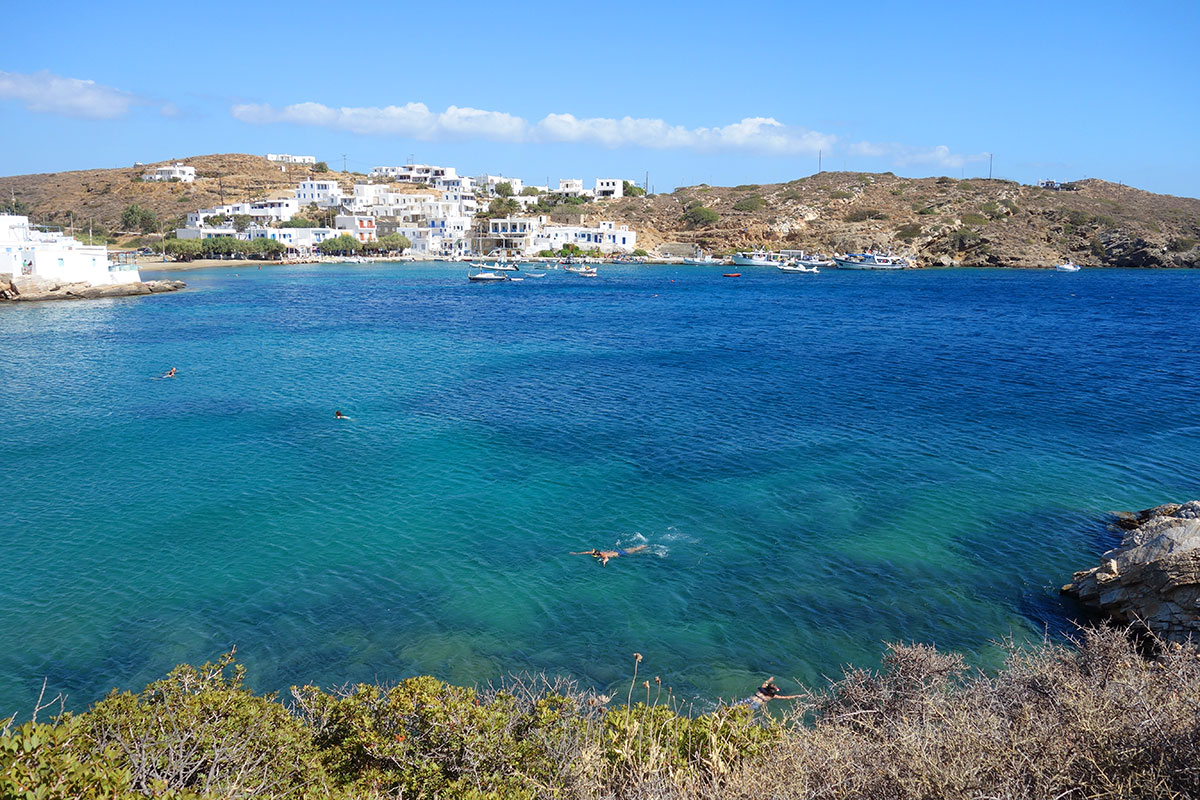 Here, after having enjoyed your swim, under the shadow of the tamarisk salt trees on the beach, you can taste unique dishes... Gianna΄s apartments are located in the quiet and traditional fishing village of Faros. Positioned on Faros beach, with immediate access to the water front... Lighthouse Hotel has been designed with superb taste in a romantic style and is combining harmoniously the local Cycladic architecture and modern amenities... We recommend staying in our complex, at one of the traditional houses, which are next to the beach of Fassolou, a hundred meters from the sea. This complex of houses is a picturesque touch to the Faros area, on the south of Sifnos... Twofully equipped and tastefully decorated houses that have a truly magnificent view to the village of Faros and the rock of Chrisopigi... The brand new Sifanto Mare Apartments are the ideal choice for friends and families who want to enjoy the Cycladic hospitality in its most authentic form... In one of the most beautiful regions of Sifnos, Faros, in perfect harmony with the traditional architecture of the Cyclades, with a view to the beach of Fasolou... Cape Napos took its name from the homonymous cape "Napos", where it is situated. It consists of spacious studios that fit harmoniously in the Cycladic landscape and it offers all the modern comforts to its visitors... Our rooms are situated in a privileged location just 200 meters from Fasolou beach. They overlook a wonderful landscape in a hospitable & warm environment... Our complex consists of three two-storey buildings that have different architecture but they all offer sea view. The buildings are connected with 4 stone arches joined with pergolas... 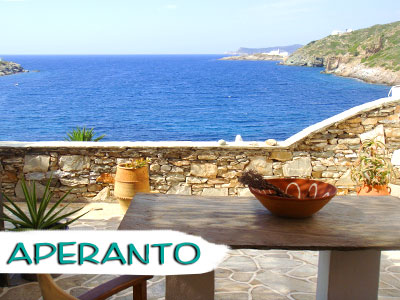 Welcome to "Aperanto" Guest House, a unit that is built according to the traditional architecture, at a perfect location with a fascinating view... we intend to offer our guests and friends of Sifnos, a hospitable stay, a friendly and family atmosphere with eagerness to serve, in order to make them enjoy the beauty and calmness... At an impressing location, a few meters from the sandy beaches of Glipho and Faros, they offer an unlimited view to the sea and to the rock of Chrisopigi...